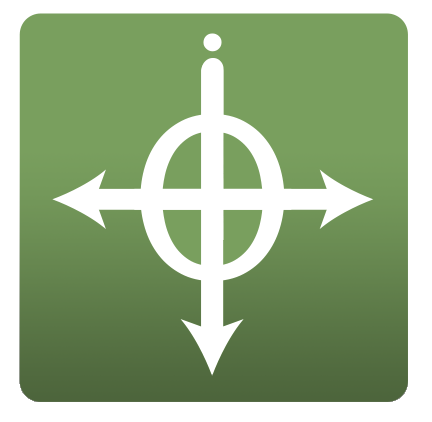 Off Trail in the Weminuche

So here’s the thing. I love adventure. I love unexpected adventures. But more often than not, I love the build up to the unexpected adventure and the time following the unexpected adventure… however, during the unexpected adventure itself I am often consumed by the overwhelming feeling of fear that I might die, Lee might die, or Kodiak might sit down and never move again out of pure rebellion.
Little did I know, I was about to be getting myself into one of these oh so familiar “unexpected adventures”. By now, I should just call them adventures, after all, is there such a thing as an expected adventure? Not in our world. Lee planned out a hike that would take us through some of the most beautiful and under visited mountains we could imagine. Most of it was expected to be off trail, we were prepared for that, but we weren’t prepared for how rugged this off trail experience was actually going to be.
We left Kittredge at a reasonable time on the 16th and drove past Gunnison, until the little town of Ouray. This is a beautiful town that I recommend anyone passing through takes the time to sip a beer at the Ouray Brewery. We sat on the roof and had a beautiful view of the sun setting on the San Juan Mountains.
We spent the night in the truck at Molas Pass. We spent a few minutes looking for a campground, but decided it was better to park the truck at the trailhead and have an easy start in the morning.

We covered 8 miles in five hours today. The three of us started out strong - no aches and pains and good attitudes. However, we spent the afternoon seeking refuge in the tent from what might have been the largest swarm of flies and mosquitoes I’ve seen since my early days in Alaska.
We were a little worried about Kodiak. She had been limping on her right front leg for a few months prior to this hike. However, between some dog acupuncture, nightly fish oil, and a daily dose of anti-inflammatories from the vet she seems to be doing fine. No limping on day 1 of hiking!

Today was a short 5 mile hike, but it was almost entirely uphill. It took us 5 hours start to finish. We probably would have continued hiking, but we made it to Vallecito Lake just in time for an afternoon swim and some sun tanning. We decided to take our time enjoying the beautiful solitude rather than pushing on and camping elsewhere. I wish we would have known about the rascal Chipmunks that lurk around the lake. We spent two hours searching for my camera before finding it outside the hole of a chipmunks home. Kodiak played watchdog until we all retreated into the tent to seek refuge again, this time from the classic Colorado afternoon thunderstorm.

Today we began the first of two extremely challenging days. As the previous night alluded to, we woke up to rain and a wet camp. We packed up quickly and descended from Vallecito Lake. The trail was overgrown and hard to follow, but Kodiak led the way until we merged with the main trail. We stayed on this wide easy to follow trail for a few miles before making a wrong turn that would force Lee to use his hippocampus more than he would have liked and would force me to stay calm and trustworthy as I followed Lee through a baby aspen grove (it sounds so innocent when said that way) and chest high shrubbery. We could barely see our feet, much less the direction which we should be hiking. Lee saved us by finding his way down to a creek where we had our first stroke of good luck. We just so happened to find the creek at the exact spot that the small unmaintained trail we were supposed to be on intersected with it. We were back on solid ground!
We filled our water bottles at the creek and continued our way up the basin. We had tough time following the newfound trail, but it was far better than no trail at all.
After 10 miles of trail hunting and hiking we finally found ourselves at Sunlight Lake. It was getting cold and dark as clouds rolled in overhead.

To sum up this day: 4 passes. 12 hours. 8 exhausted legs.
As expected, and feared, we woke to more rain. We spent an hour in the tent packing up as much as possible and heating water under the vestibule. We were days from the truck in any direction, so turning around and heading back the way we came wasn’t a worthy option. We began hiking in the rain, knowing we had four passes to cover and no trail to follow. We didn’t have the time to waste deciding whether we should go forward or backward. 30 minutes into the hike the rain cleared and the sun took over the sky. Colorado sunshine had finally decided to return to us and not a minute too soon. This day of hiking was difficult enough and to not enjoy those mountain views we had worked so hard to earn would have been too cruel of mother nature.
We picked our routes carefully over the first two passes with little challenge. The high alpine tundra and grass was the best off-trailing anyone could ask for. We hardly noticed the ground as our jaws lay agape watching the Needle Mountains tower directly above us. An up-close and personal sight that I imagine few get to experience. The view that greeted us as we crested pass 2 made our hearts sink a little. What had looked like a relatively tame pass 3 on the maps was a different story in reality. The boulder strewn steep decent and following ascent would be far from simple and crossing it was no pleasant surprise. After some careful route decisions and some minor detours we made it to the top and were greeted with our first close up views of the Grenadier Range. These massive jagged peaks were a site to behold, and also intimidating knowing our destination for the day was several miles to go and on the other side.
The final pass turned out to be not as difficult as it looked, but given our ever tiring condition it felt like an eternity. We carefully maintained as much of our elevation as possible to avoid too much more climbing, which led us into many “don’t look down” situations as we traversed the tops of some very large cliffs. Finally cresting the pass between Vestal Peak and the Trinities, we looked down with relief into Vestal Basin below. We still had a few miles to go to descend Vestal Basin to Elk Creek, ultimately rejoining our trail from day 1. Fortunately, we found a path down and a well worn trail out of Vestal Basin. We silently plodded along those last 3 miles out to our final camp, not enough energy left for conversation, only enough to put one leg in front of the other for a little bit longer.
Our final night in camp was a quiet one. We had so much relief to finally be down in the valley again, safe from unknowns of off trail, high alpine crossings. We all crawled into the tent early and were sound asleep faster than any night yet.

Our final day of the trip was a relief and felt so incredibly easy compared the day prior. The sun was out and we got an early start, eager to get back to the truck and the beers calling our name back in Ouray. We retraced our steps from day 1 back up to Molas Pass and emerged from the Weminuche Wilderness exhausted, dirty and exuberant at what we had accomplished. The beers at the Ouray Brewery tasted ten times as good as they had before the start of this adventure.